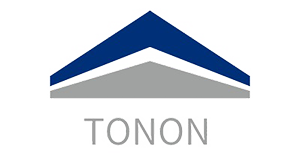 At the beginning of the month, the raw material bisphenol A rose sharply. The market supply was tight. PC raw materials manufacturers and traders successively increased their offers.

After Mid of Month market prices continue to rise, which seriously affects downstream manufacturers' intentions to follow up.

The operating rate of domestic PC manufacturers in November was 55.2%, which is still at a low level. The Jiaxing Teijin installation was shut down for maintenance this month. In Luxi Chemical Industry, the 2nd line installation was shut down in mid-November, and the installation was restarted in the second half of November. Wanhua Chemical's PC plant starts at 60-70% within a month. Lihua Yiweiyuan, due to equipment cleaning in late November, the operating rate dropped to 50%. The production line of Zhonglan Guosu, which was stopped at the end of October, was running smoothly after restarting in mid-November. Ganning Petrochemical Plant continues to shut down.

① Crude oil: The international crude oil market is expected to stabilize in December. OPEC's continued production reduction meeting and new developments in vaccines will benefit the market. However, the epidemic in European and American countries will restrain the upward space of oil prices.

②Upstream bisphenol A: In December, the domestic bisphenol A market still has an upward trend. In terms of international installations, most of the bisphenol A plants in Japan were reduced or shut down, a production line in Changchun, was shut down due to a failure, and LG bisphenol A plant was operating under low load, and the import source was reduced and the offer was high. Domestic manufacturers are expected to continue to increase , so there is still an upward trend in December.

Supply side: In December, PC supply in the domestic market did not change much. The Zhejiang Gale installation has a maintenance plan in late December.

Demand side: The overall demand may hardly improve in December. PC prices have been rising continuously for many months. Downstream manufacturers have limited ability to accept high prices due to huge cost pressures, and the pace of market profitable shipments is also slow. In the short term, downstream manufacturers may just need a small amount of follow-up.

Prev
What is polycarbonate sheet？
Next
Tonon: Passionate To Offer Best Polycarbonate Sheets
99+